Estate Locator
Thank you! Your submission has been received!
Oops! Something went wrong while submitting the form.
Tenders
Job Vacancies
Forms
More

Hong Kong's public housing programme dates back to the 1950's. It has been addressing the housing needs of low-income families for over half a century and contributed to the city's social cohesion and stability. The architecture, the way of life and the culture in public housing estates have been evolving over the decades, and made up a rich heritage cherished by many in Hong Kong. 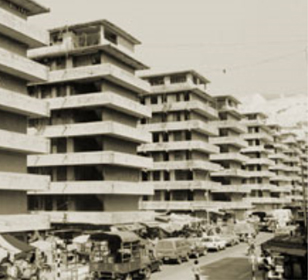 From the rehousing of fire victims in the first resettlement estate in Shek Kip Mei in 1954 to the present day, trace the history of public housing in Hong Kong. 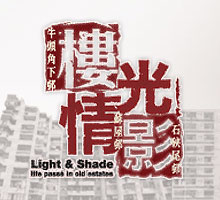 The Housing Authority organised in 2009 the "Light and Shade: life passé in old estates" Photo and Video Exhibition to commemorate the historic estates of Shek Kip Mei, So Uk and Lower Ngau Tau Kok. The exhibition put on display three series of photos and documentary videos taken at the estates before their demolition. The fascinating vistas, as well as the every day life and emotional bonds of the people who had lived there were captured in a flow of light and shade...